The cast of the Netflix outer-space series Another Life continues to grow.

Shortly after signing four actors to join lead Katee Sackhoff and Selma Blair in the project, the show has added Blu Hunt to the ensemble, The Hollywood Reporter has learned. Hunt will play August, the lead engineer and youngest member of the crew aboard the spaceship commanded by astronaut Niko Breckinridge (Sackhoff).

Another Life centers on Niko and the crew of the ship Salvare as they undertake a mission to find out the origins of an alien artifact. They face unimaginable danger and the growing realization that they may be making a one-way trip.

Hunt is one of the stars of The New Mutants, an X-Men spinoff slated for release in August 2019 (after being pushed back a couple of times for reshoots). She plays telepath Danielle Moonstar, aka Mirage, alongside Maisie Williams, Anya Taylor-Joy, Alice Braga and Charlie Heaton in the Josh Boone-directed feature. The actress also had a recurring role on The CW’s The Originals.

Hunt is repped by CAA and Luber Roklin. 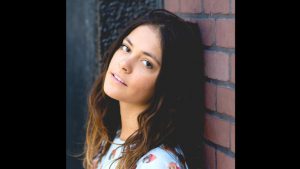